My flight back happened to have a 12-hour layover in Seoul, so I got the chance to check out Seoul again. If I had more time, I would have ventured out a bit further. Instead, I just stayed around Myeongdong and got to eat all kinds of street food.

Coming from Hanoi and their warm weather, I walked around in shorts in Seoul even in the cold while everyone was out with their winter clothes. People must’ve thought I was crazy. My flight landed early in the morning too, so I had to kill 2 hours before shops actually opened.

At the time, I had not realized that a massive protest against the government had been happening in Seoul (wiki). If I had known, I would have totally gone there instead!

Myeongdong looking quite festive this time of year! 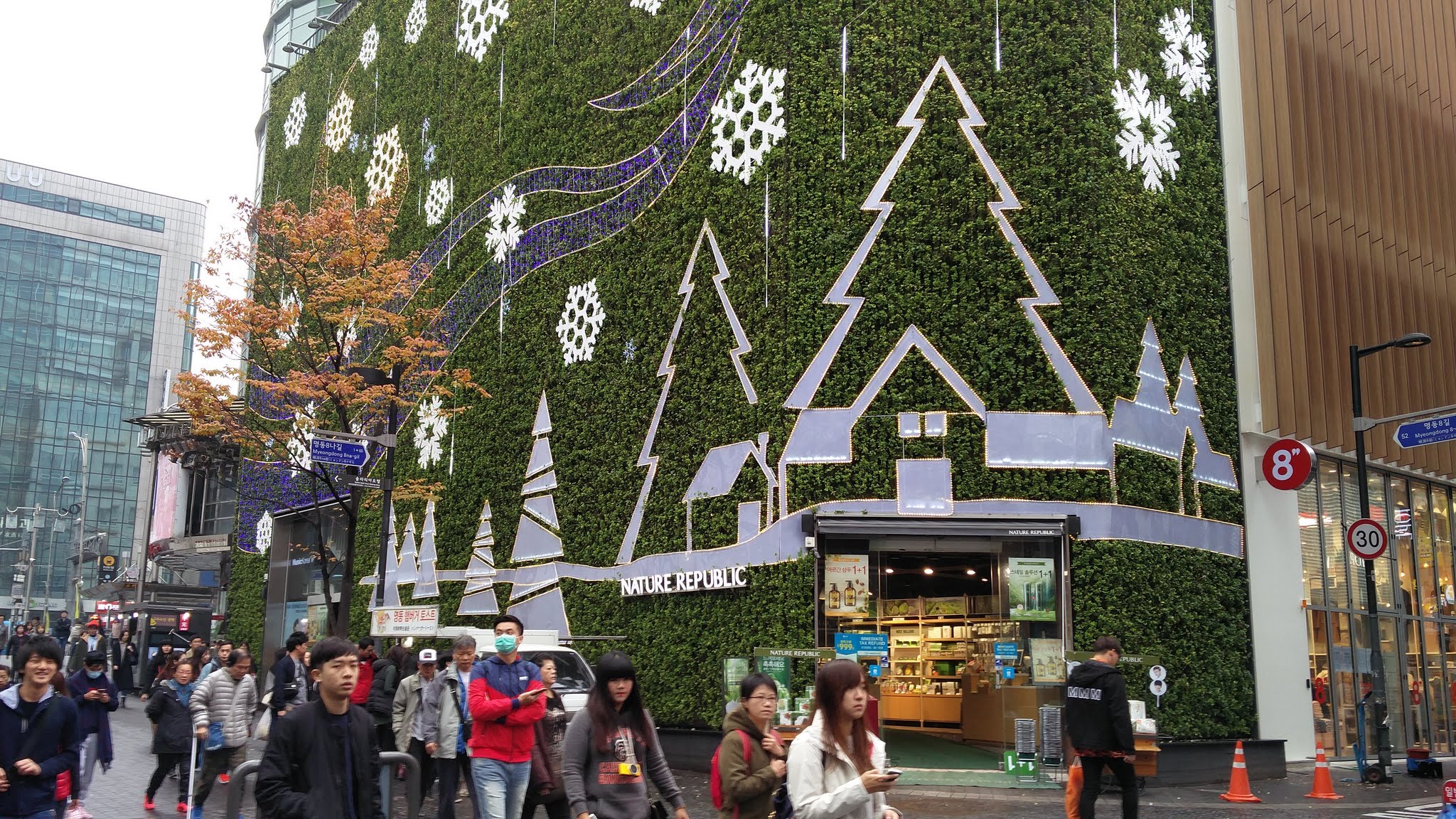 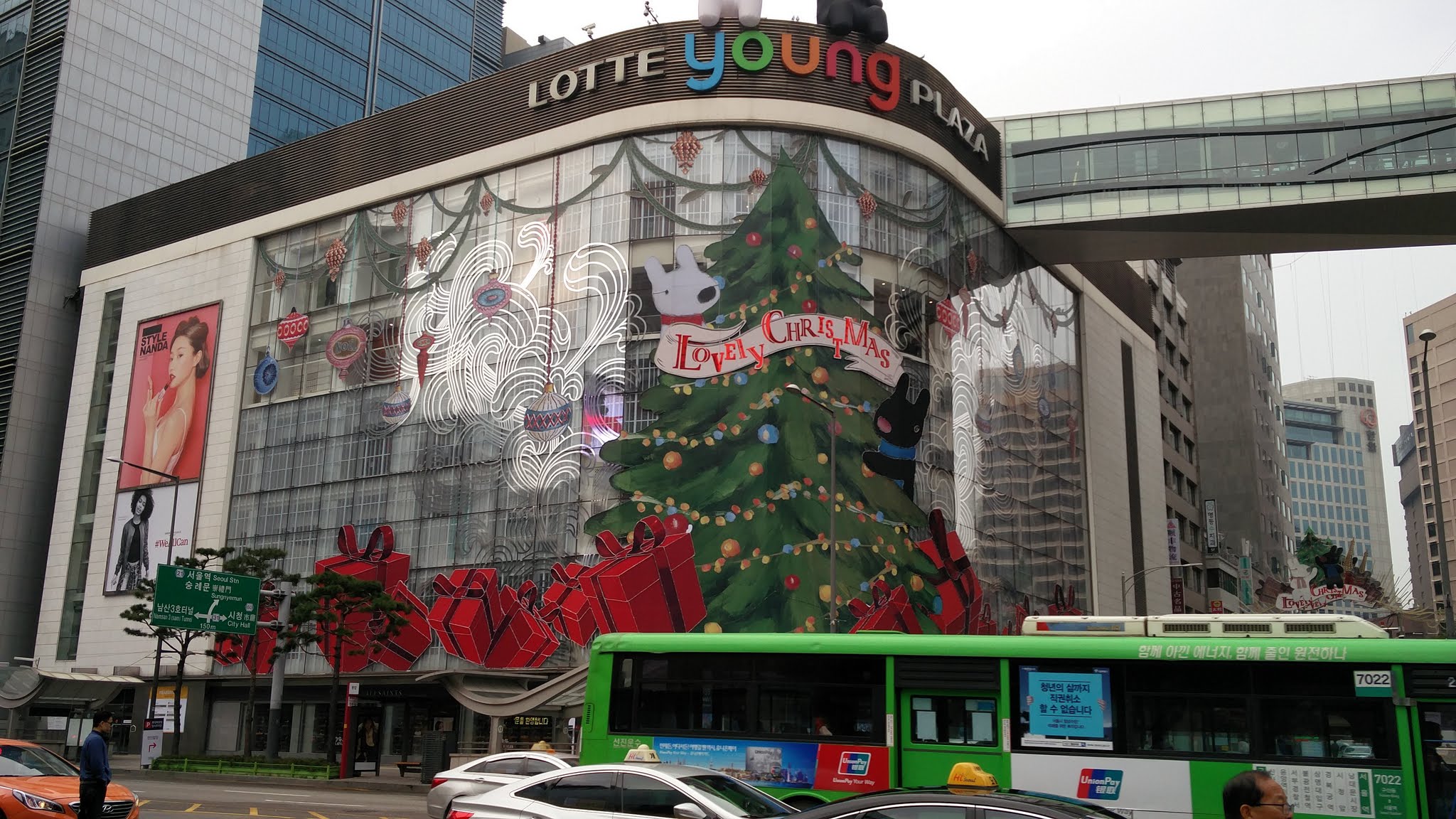 LINE Friends! This place attracted so much attention from people wanting to take pictures, they they set up a queue for people to line up for photos. 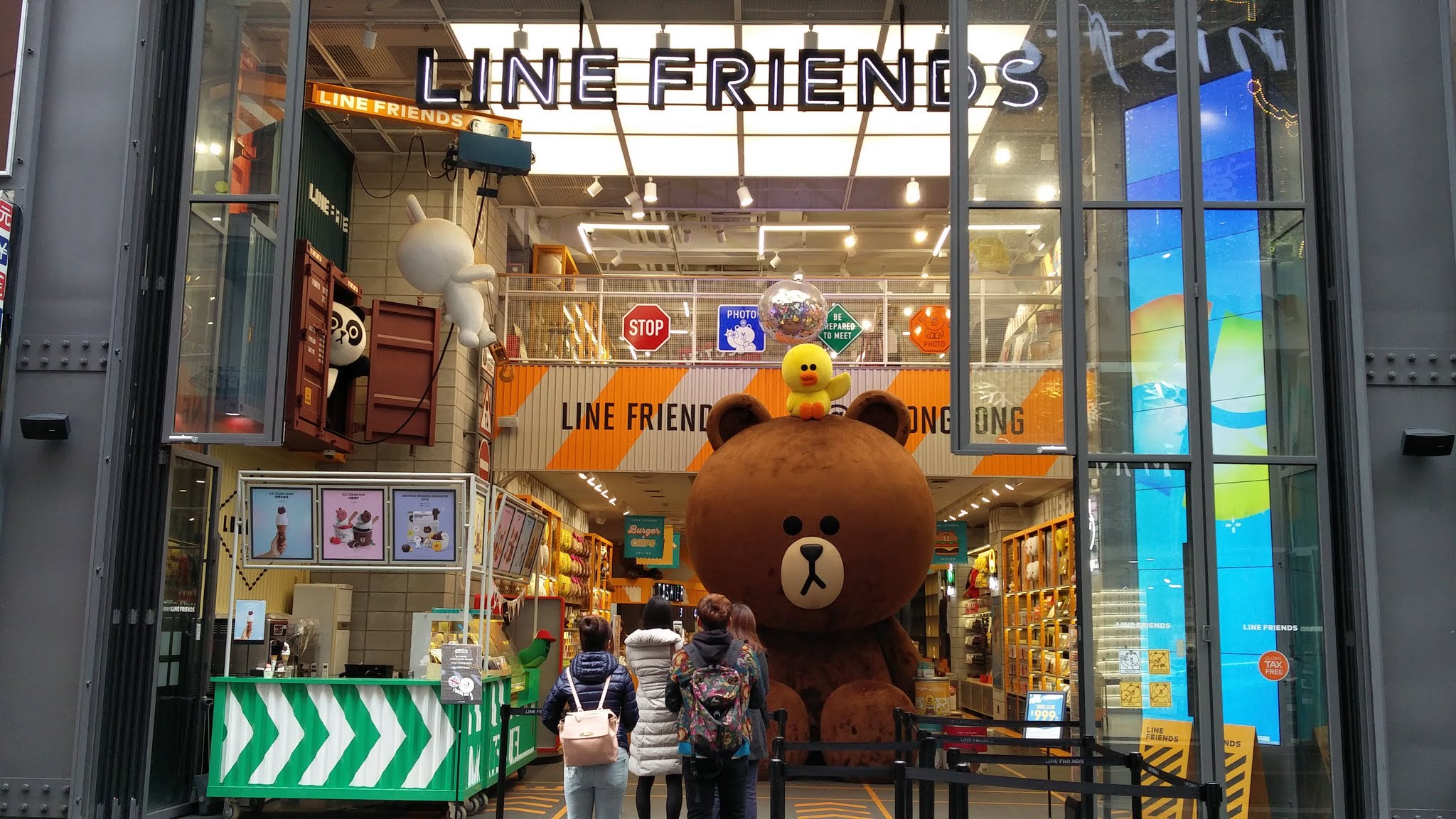 This is Budae Jjigae. It is probably my favourite kind of Korean food. It’s got a spicy soup base, meat, mushrooms, and other things with instant noodles. It’s so simple, but so good. 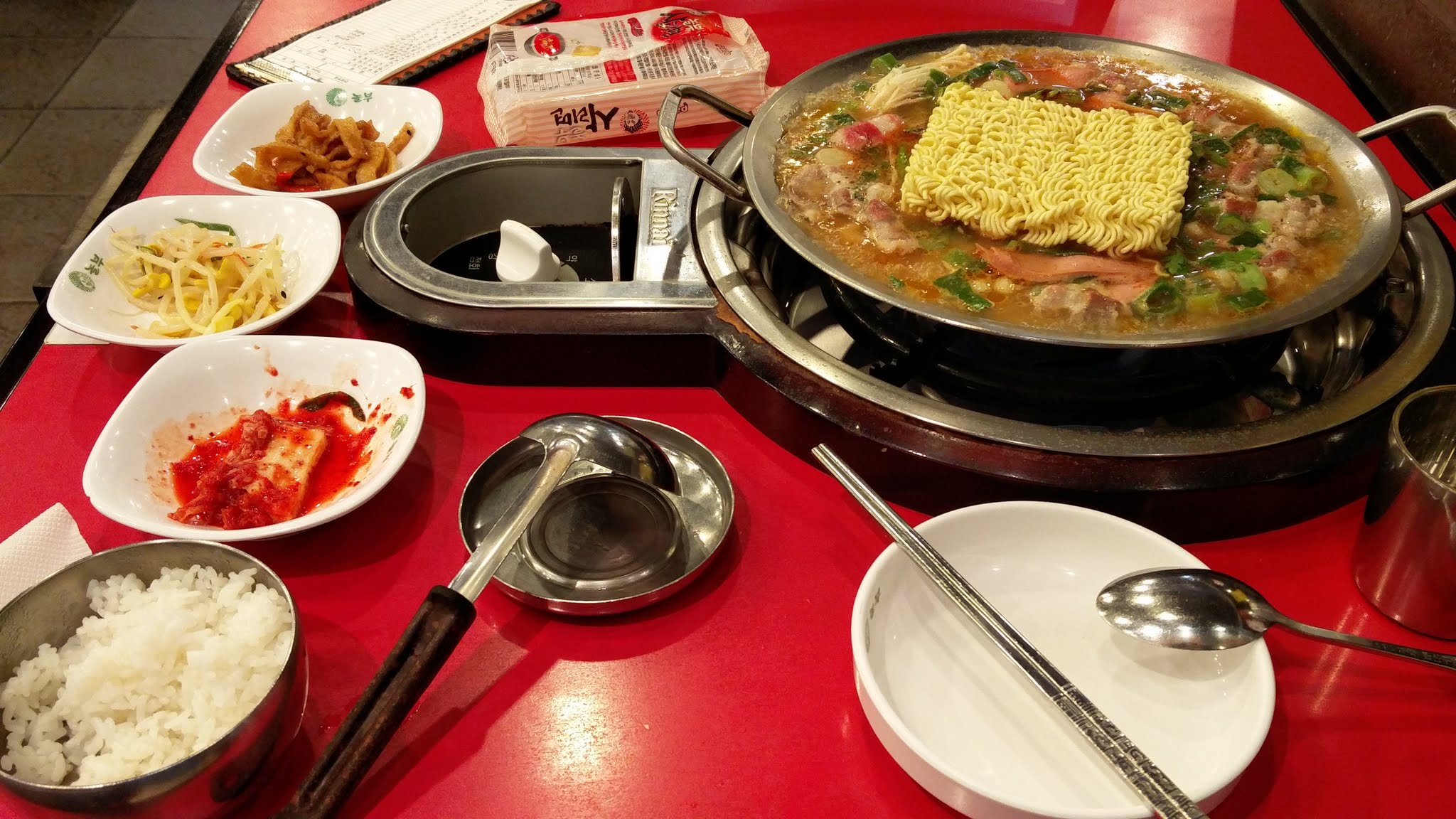 Street food stand with bacon wrapped sausages, and skewers? How could I say no? 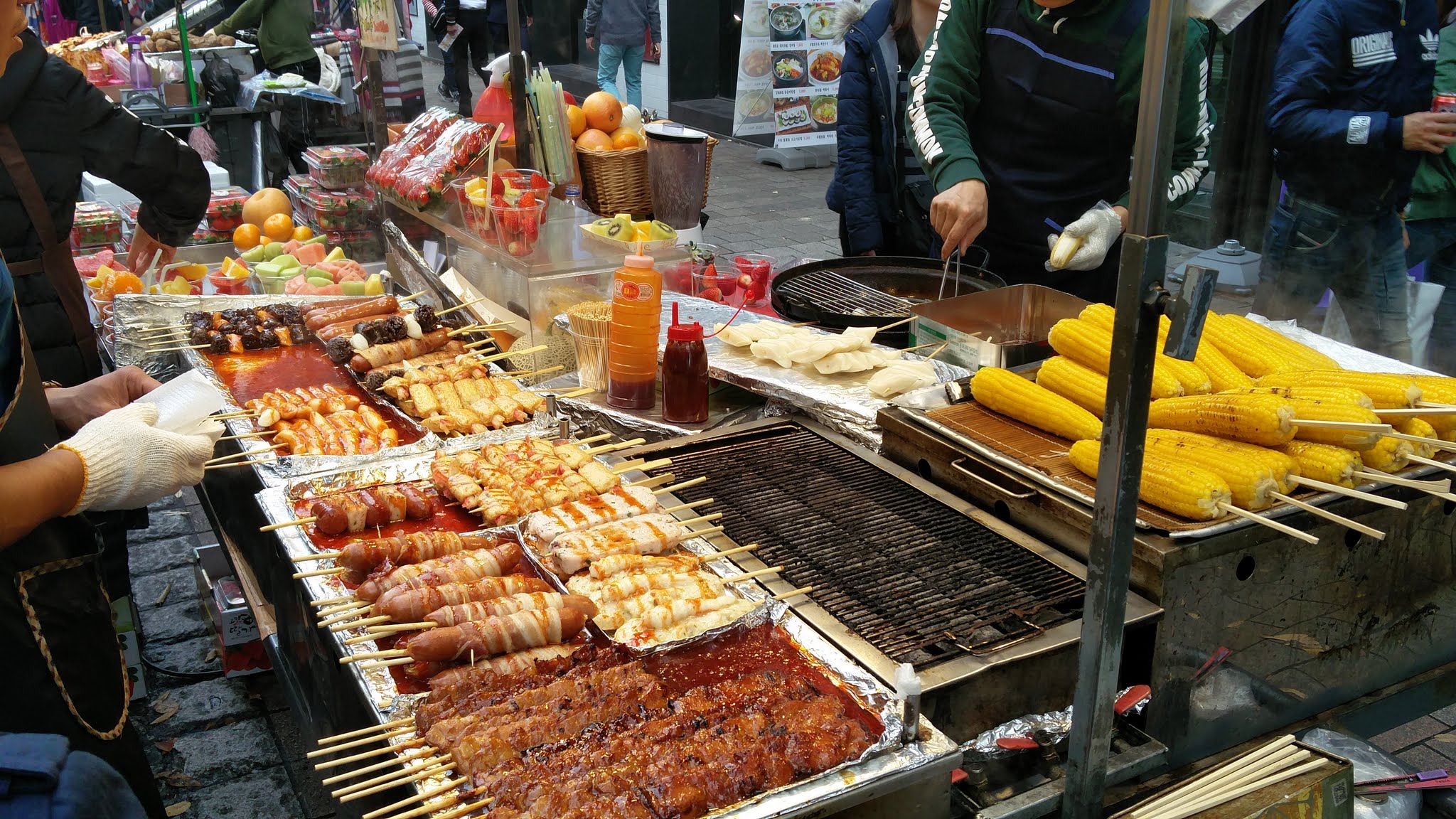 I should have tried these lobster tails. They look so good. 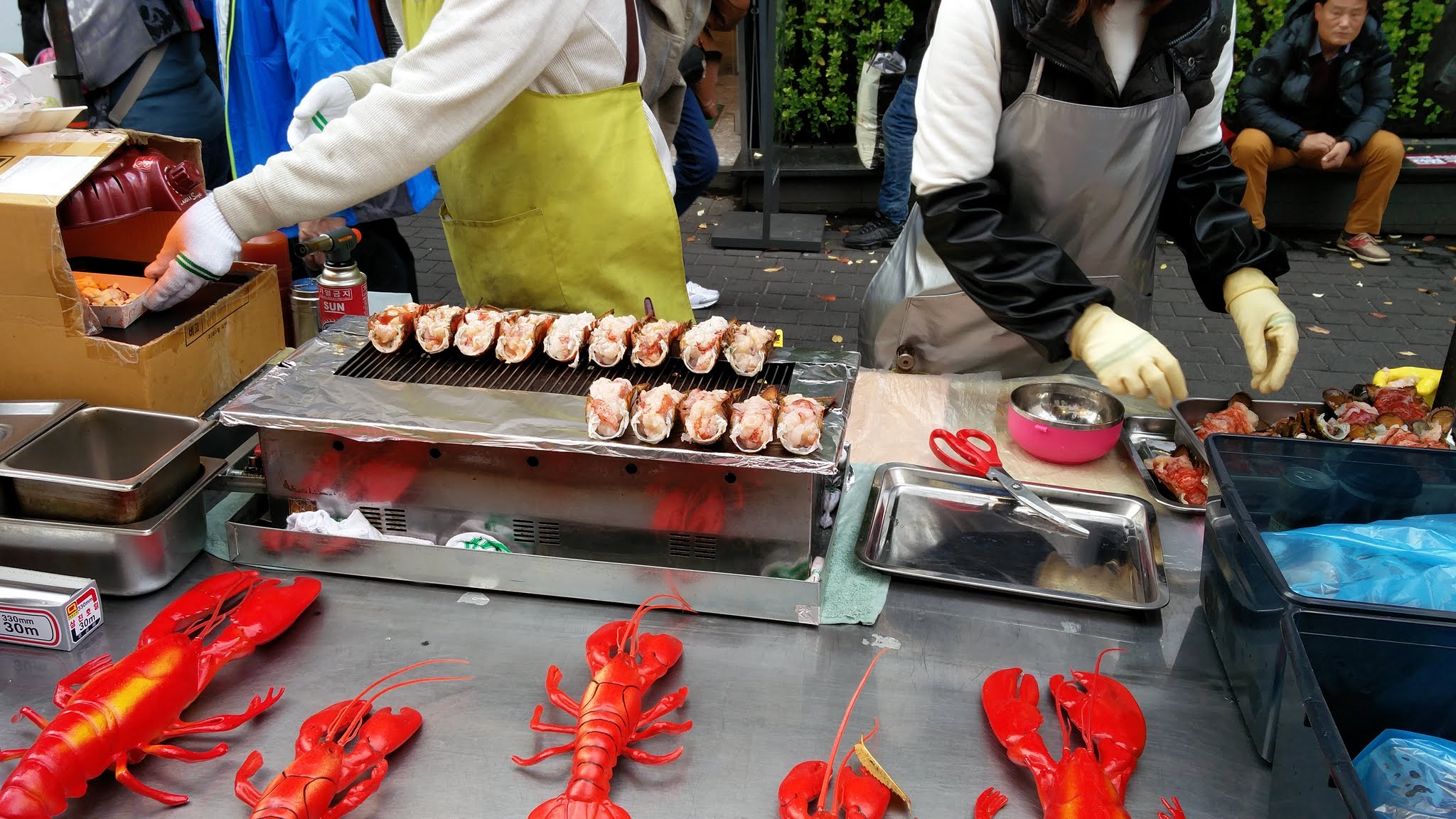 Not a huge fan of dessert, but it looked really cool. 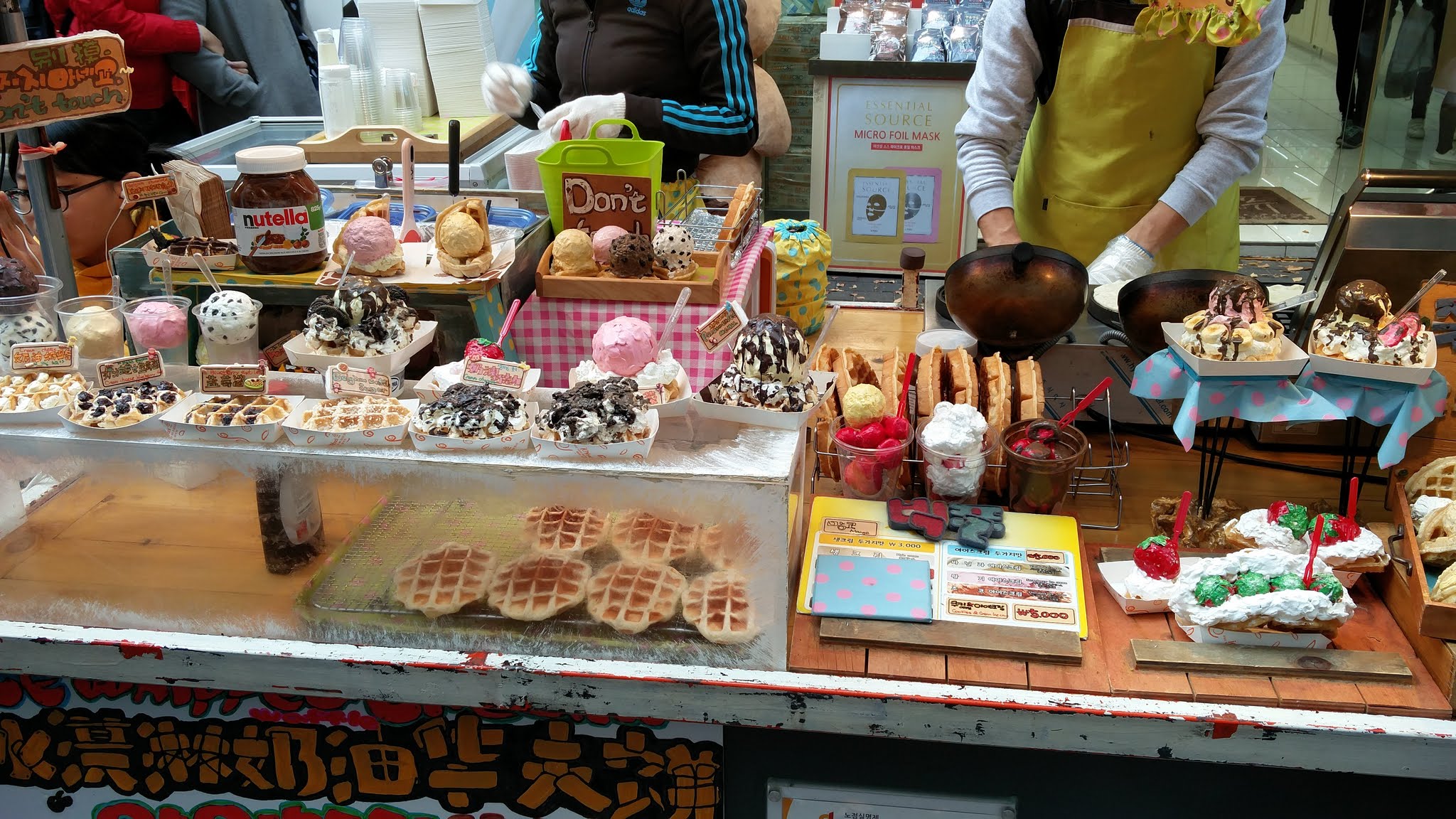 Myeongdong was bustling that day. 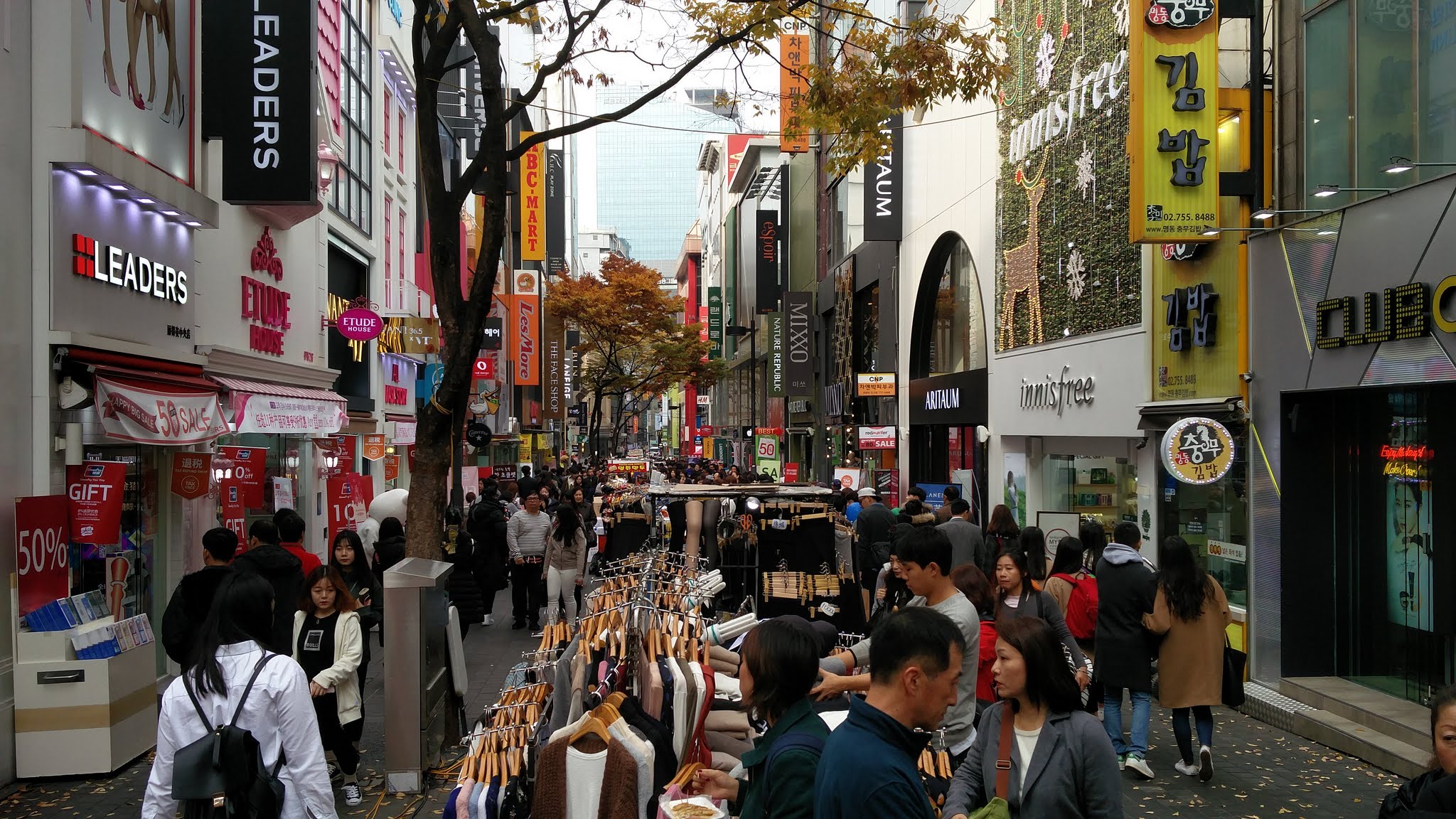 The thing I realized that day is that the street market people can haggle in at least 3 languages: Korean, English, and Chinese, as opposed to just the native language, and English like a lot of other places. Good on them for learning all these numbers in different languages!