We signed up for this Asian tour group that took us around a few cities in the USA, and our first stop was New York City.  This was a lot different than our usual self-directed trips.

The tour bus left at around 5 in the morning from Montreal and by the time we got to the Big Apple it was about 2pm.  At first I thought it would suck a lot being cramped in a tour bus for eight hours, but it really wasn’t that bad since I pretty much slept the whole time. 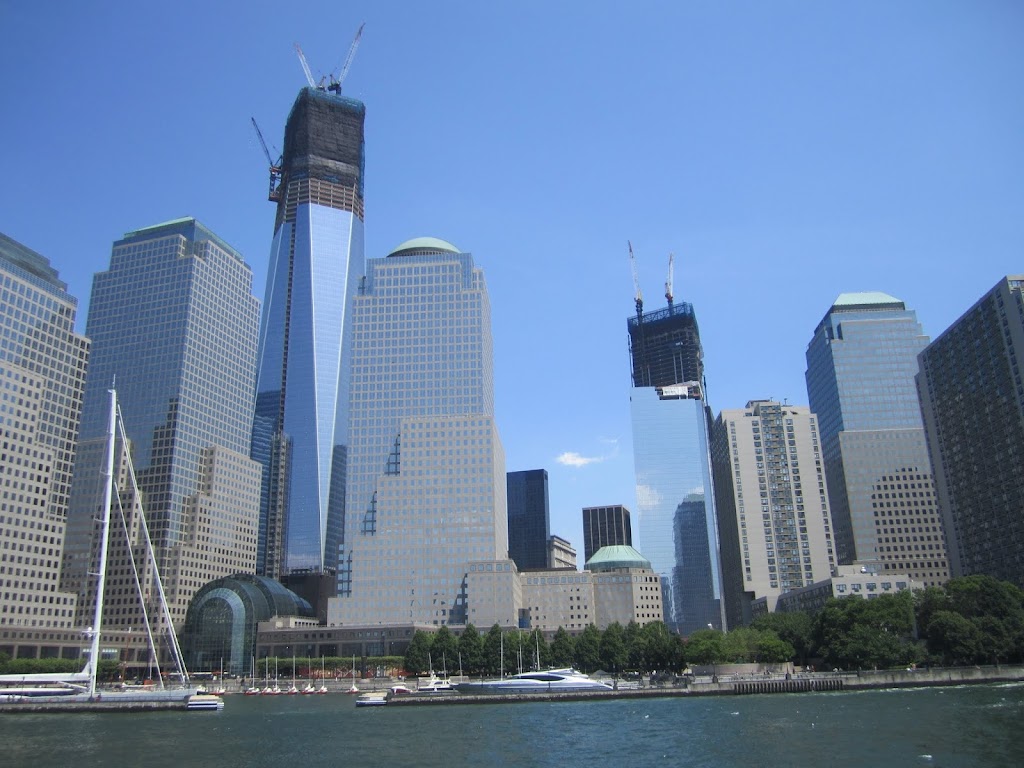 As the tour bus drove along, lo and behold, there was a ton of those yellow cabs on the road.  I guess what people say about NYC cabs is true. 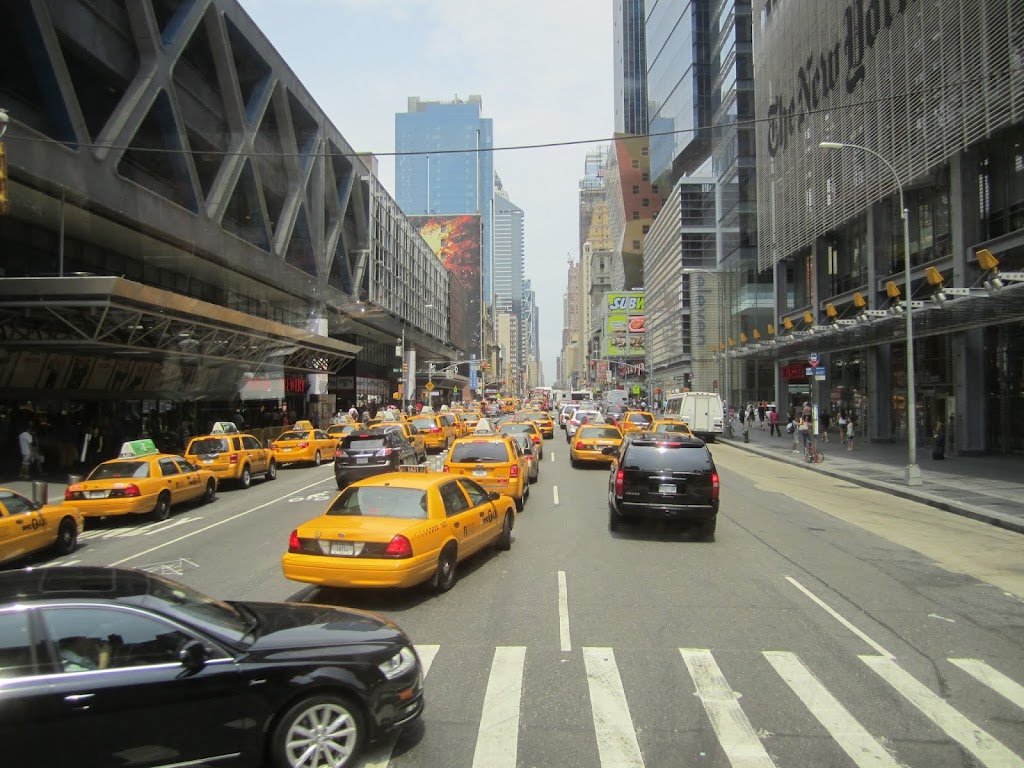 The tour bus dropped us off at the Madame Tussaud’s Wax Museum and from there we walked around the city on our own.  Man, NYC is busy.  Reminded me of Hong Kong.  The temperature that day was at about 35 degrees Celsius, hardly a good temperature for walking around.  Apparently, we happened to be right in the middle of a heat wave. 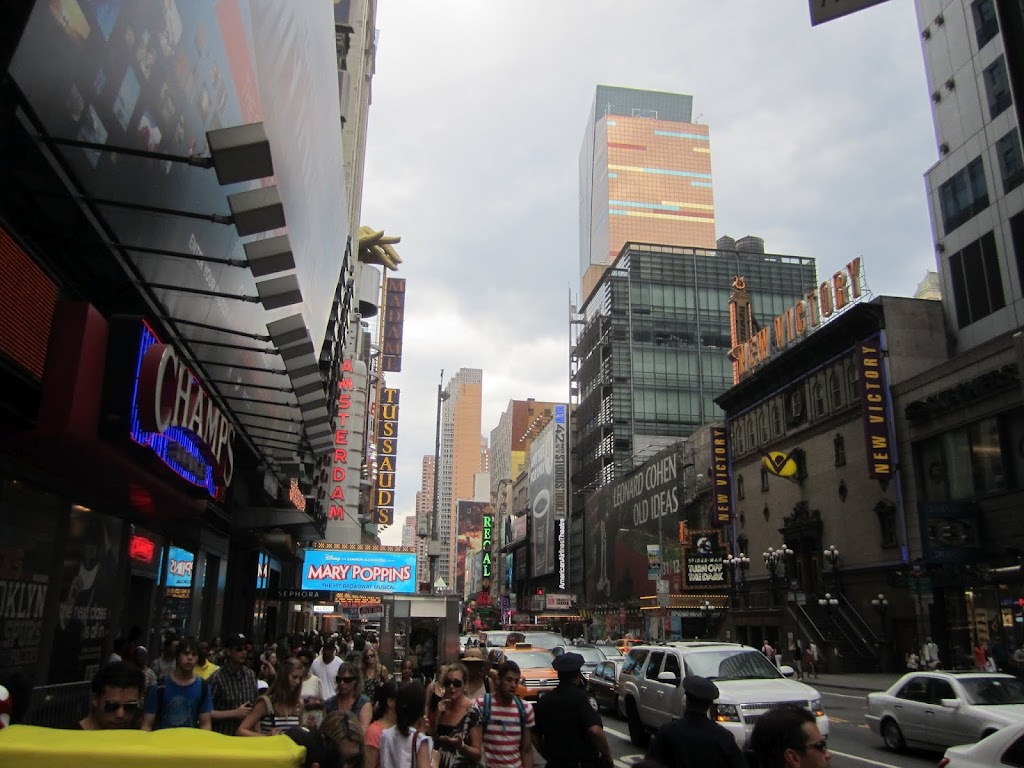 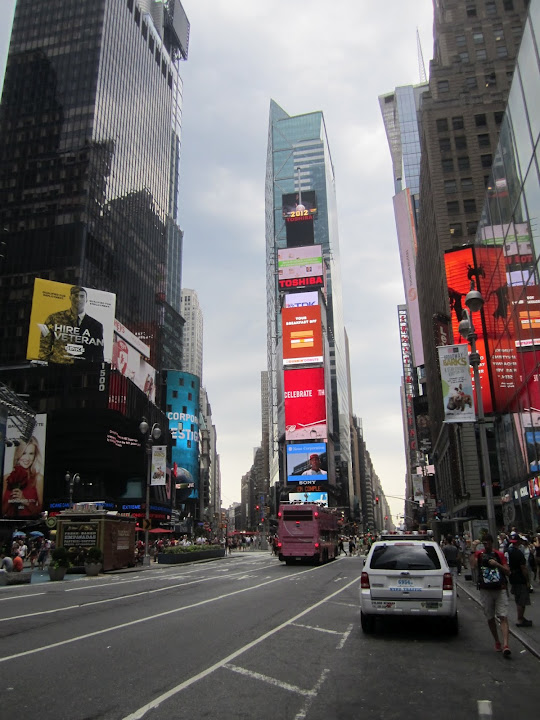 And also found some other interesting places.  I found it strange that there was a recruiting station right in the middle of Times Square.  And also, I had no idea somebody actually created a shrimp company named after the one in the movie Forrest Gump. 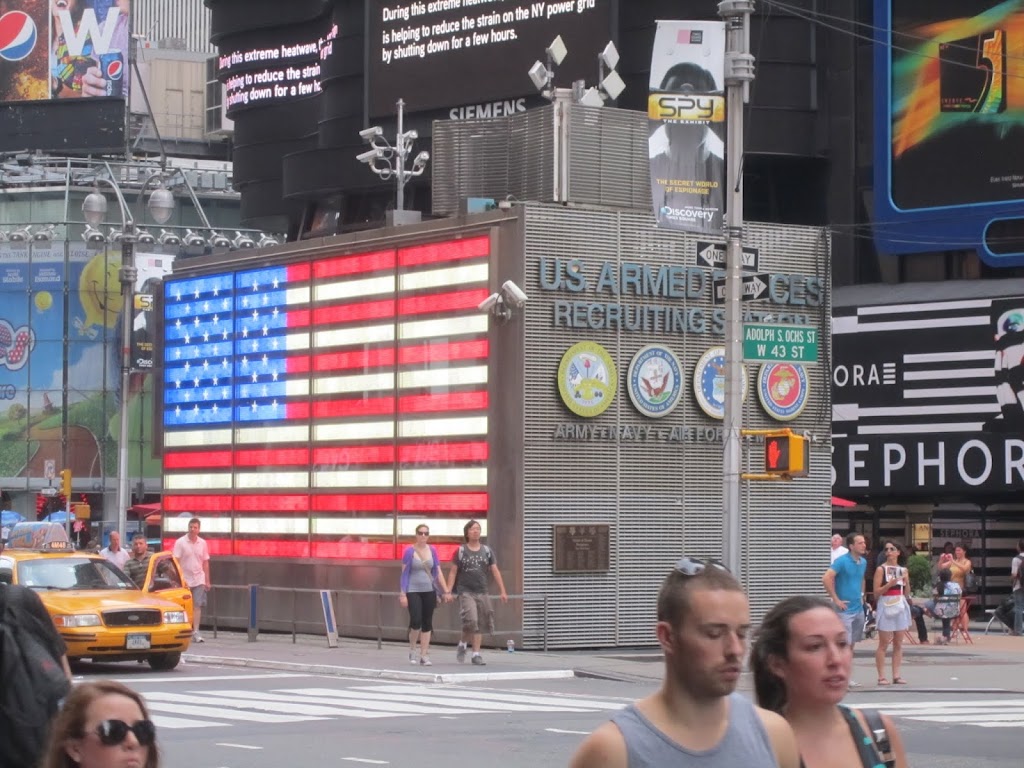 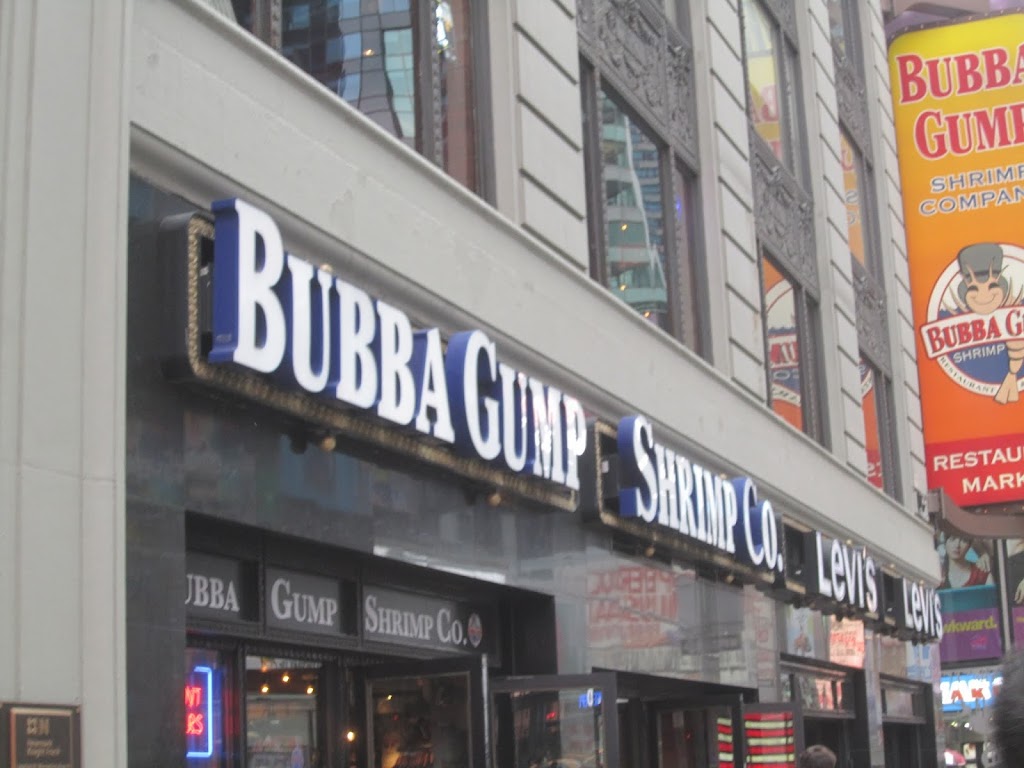 We also ran into where David Letterman does his show.  Not exactly the best late night talk show host, but I would have gone to check that out if I had time. 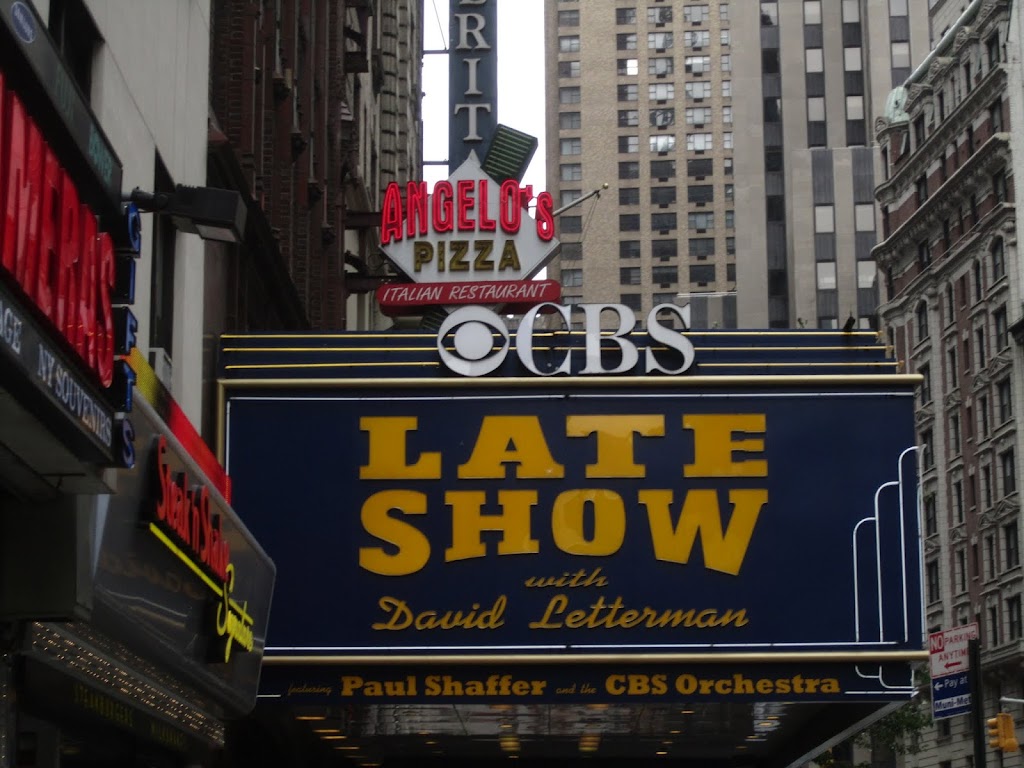 We walked all the way to the entrance of Central Park.  If it felt nicer outside, I think we would have taken the time to walk around inside the park too. 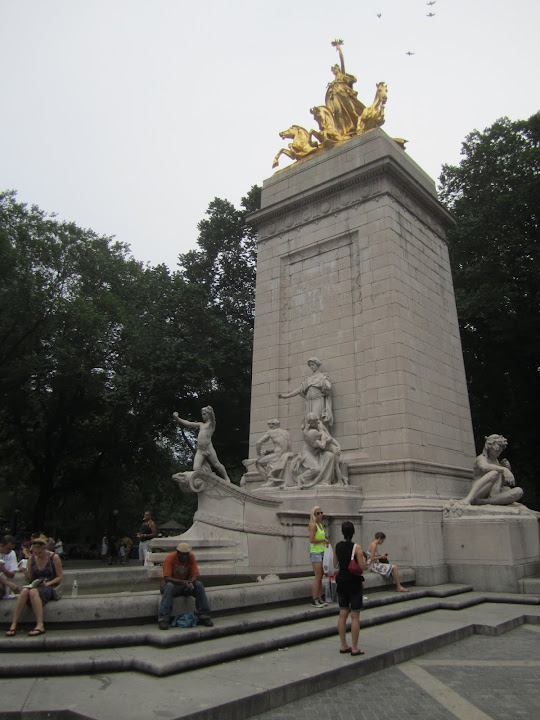 After resting for a bit, the walking continued.  As we walked on the sidewalk, we’d pass by these grates in the ground with hot air coming out of them.  Occasionally, we’d hear a subway pass by.  Must be the subway system’s ventilation.  That led us to see what the NYC metro was all about.  Not exactly the most beautiful metro, but it works for the millions of people who use it everyday. 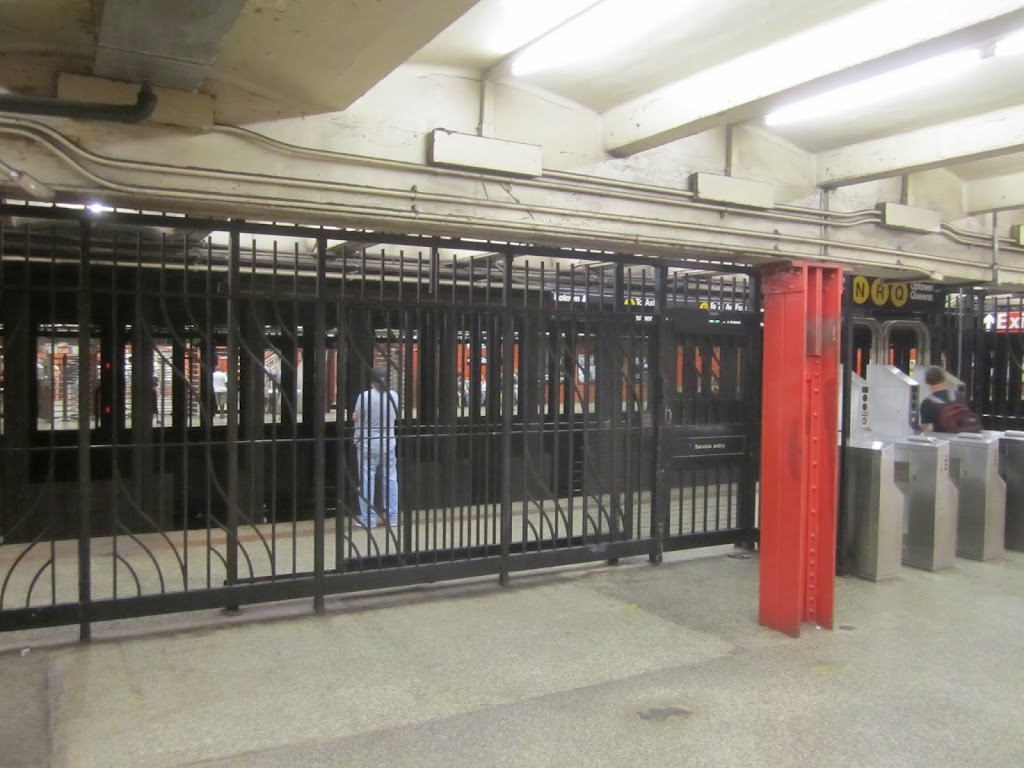 One thing I noticed about NYC is that there are ads everywhere.  Wherever there’s space, someone will always pay money to put up an ad. 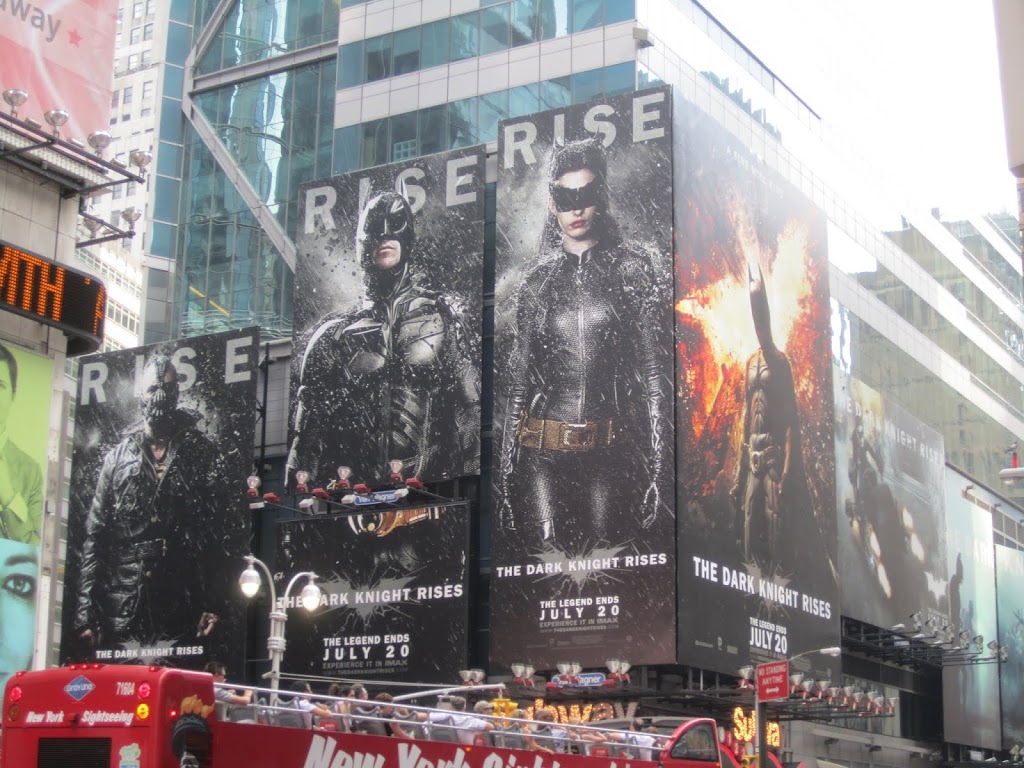 The next destination was the famous Empire State Building. Not sure why it’s so famous other than that it’s tall and that King Kong climbed to the top of it in the movie. 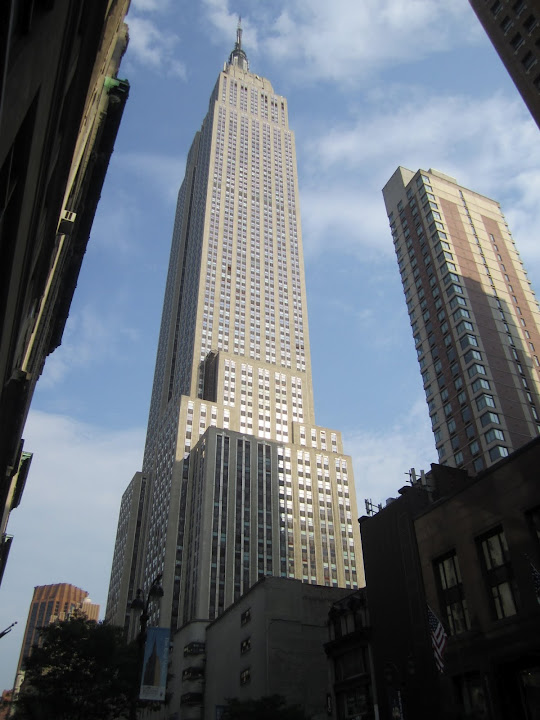 Somewhat nearby was Madison Square Garden, where the New York Knicks and New York Rangers play. 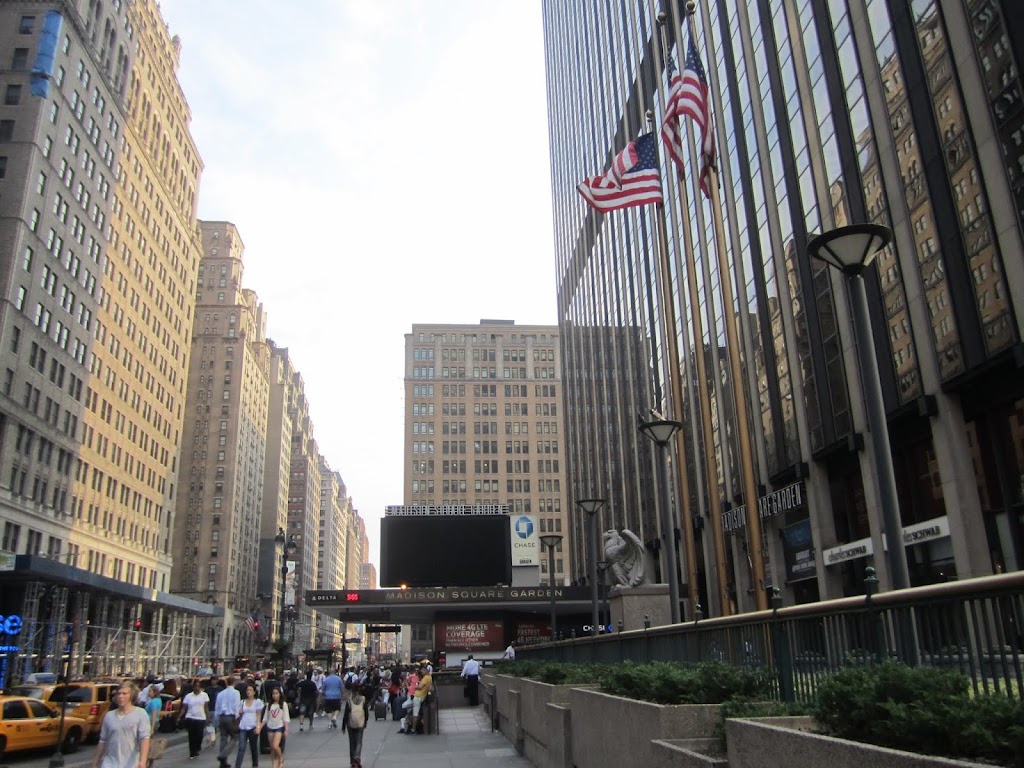 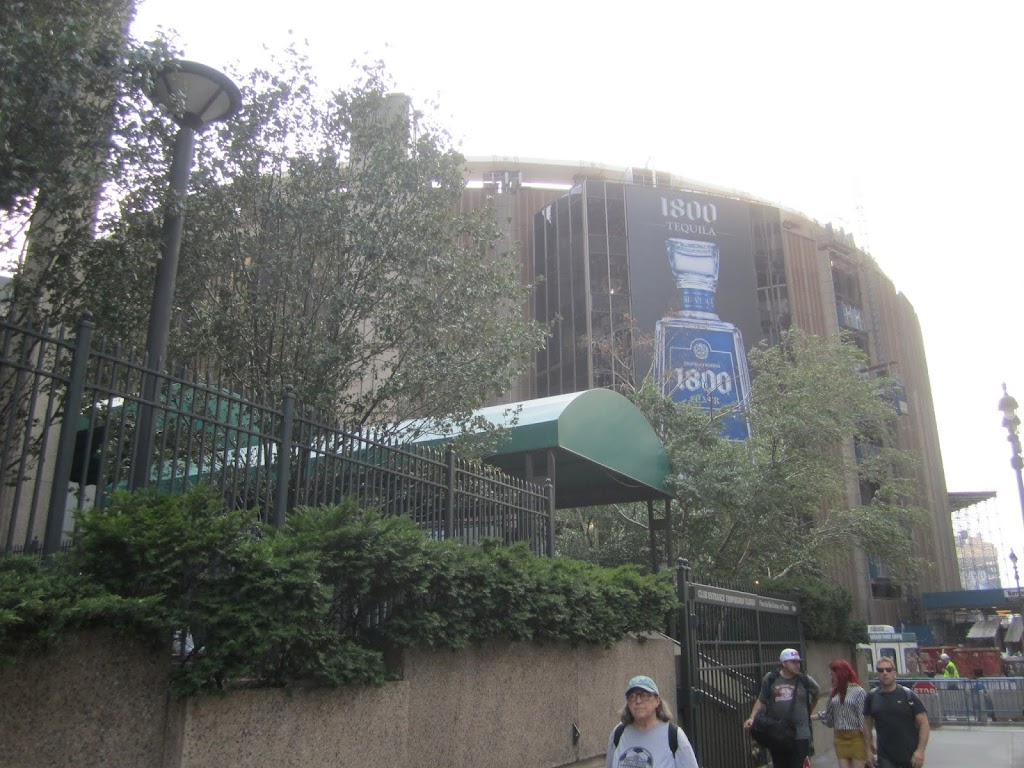 By then, it was almost time to go, so we walked back to the wax museum where the tour bus would pick us up again.  That ended the first day of our NYC tour.