After coming back from Mount-Tremblant, we decided to do a night time stroll around Montreal.  One of my uncles had originally suggested to check out Montreal’s night life, which we were all open to.  Then my uncle started saying he would take us all to a strip club.  Good joke.  But nope, he wasn’t joking.  Then his son (my younger cousin) start going on about how terrible it was for my uncle to take us all to such a place and something about setting a good role model for the kids.  While my cousin was completely serious as he was saying all that stuff, to everyone else, it sounded like a big joke.  His obnoxious tone to his dad while talking and his dad’s kind of eye-roll reaction was quite funny to everyone listening.  In the end, we didn’t go check out Montreal’s night life.  Instead, we went to see Chinatown and the Jazz Festival.

My impression of a “Chinatown” in any western place has always seemed to me that the district was full of buildings that look to needing some good cleaning and maintenance or maybe even downright dirty (like gum stains all over the concrete) compared to more modern and nicer looking Asian districts like Richmond in Vancouver or Markham in Toronto.  The vibe in the Montreal Chinatown was kind of the same, but a bit better (see Wiki photo below). 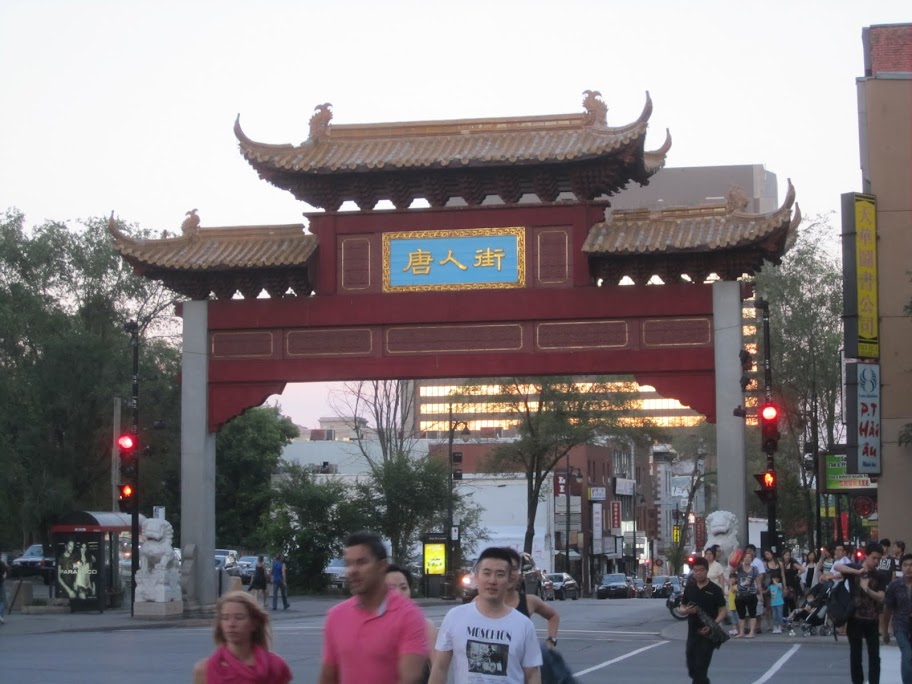 The nice thing about Chinatown was the food.  For the past couple days, we had been eating a lot of random fast food (McDonalds, Tim Horton’s etc.) and so eating here was a welcome treat.  The restaurant even had shark fins on display at the entrance.  Looks amazing, but I suppose people shouldn’t be eating that anymore. 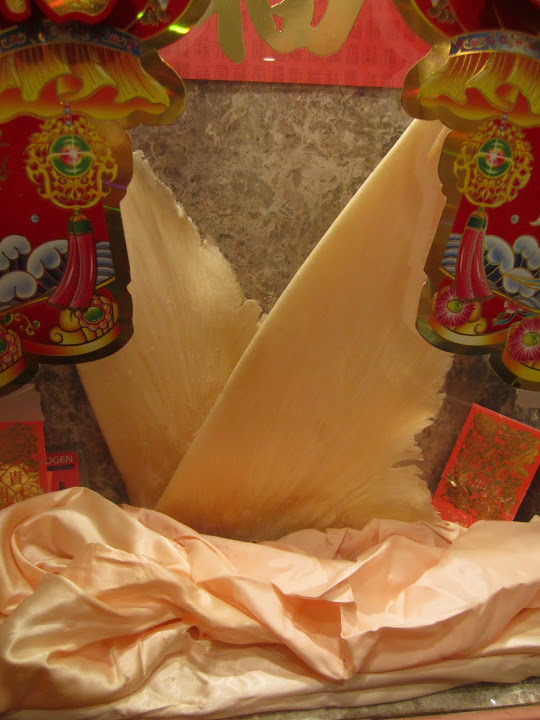 Because Montreal is so cold in the winter, there are some underground tunnels that take people around downtown.  One of the tunnels took us to the Complexe Desjardins.  From what I could tell, this place was just a mall, except, they had a really cool sculpture in the main atrium area. 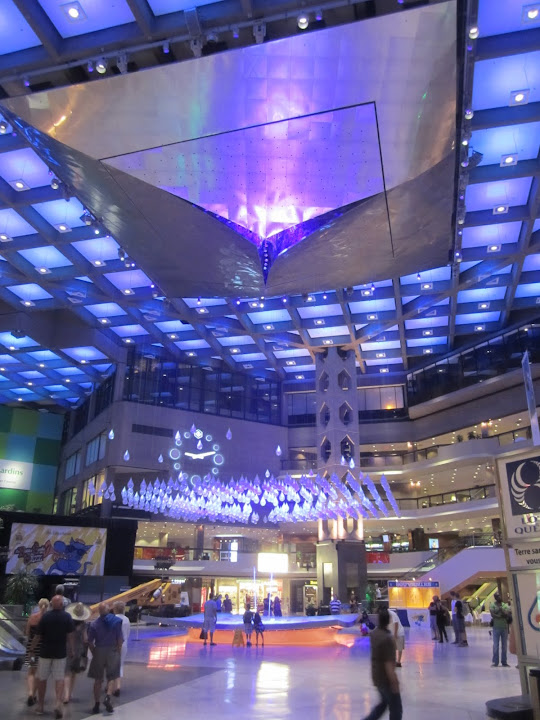 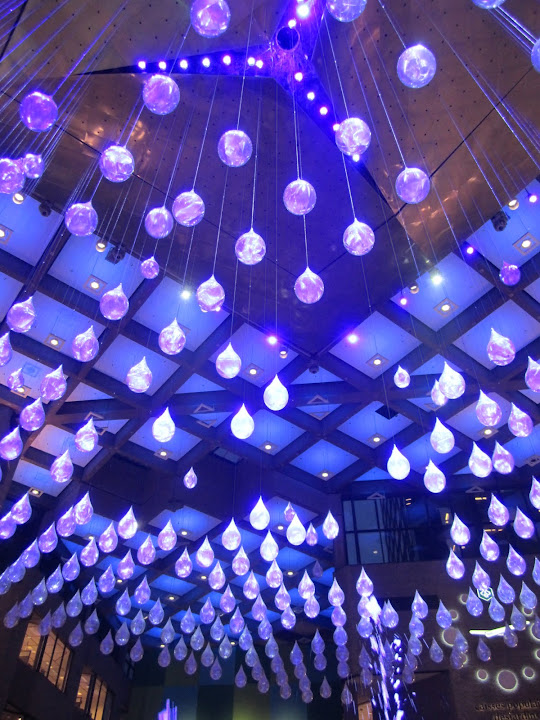 Each of the little water droplets go up and down individually and seemingly randomly (I have no idea how it works).  Here’s a video of it in action though (kind of shaky because I’m terrible at recording videos).

I’m not exactly a Jazz person, but it was good checking out the atmosphere at the Jazz Festival.  Bands were playing on the concert stage (I didn’t know any of the songs), but the crowd seemed into it. 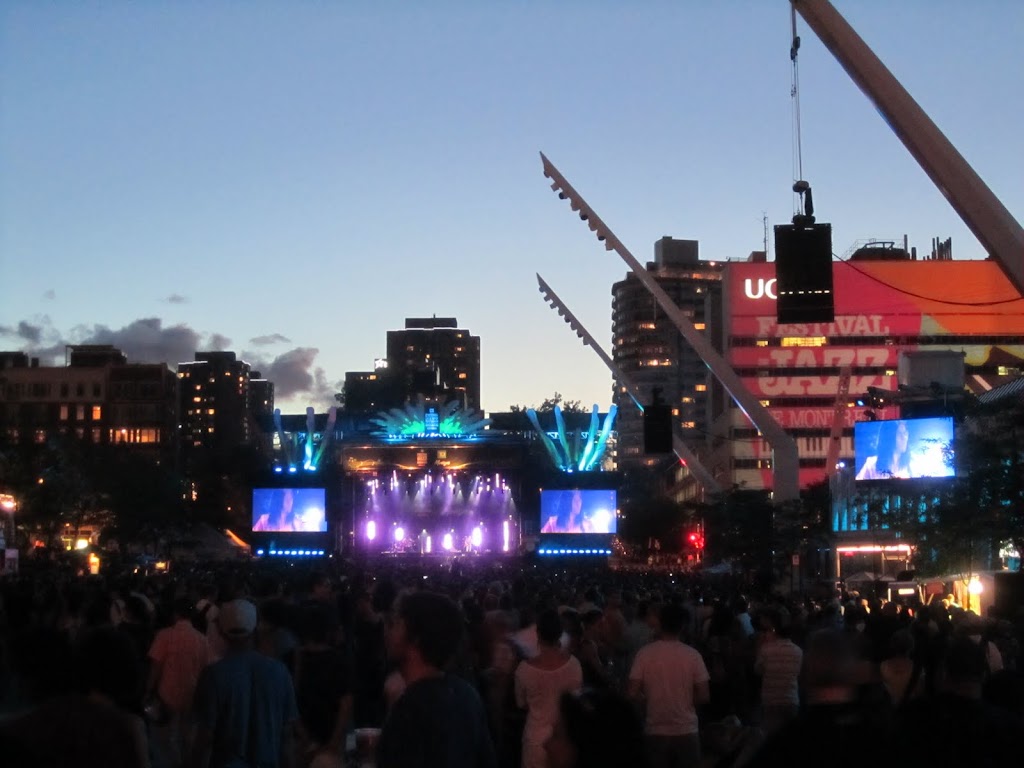 We probably only walked around for about an hour and a bit, and afterward, we headed home.  We would need good rest for the trip to Quebec City the next day.  I’m told it is about a three-hour drive.