The following instructions are general and do not pertain to one specific model of laptops.  The theory still applies however.

In problems regarding a laptop display, these are the common problems among others that are quite prevalent among laptop users. 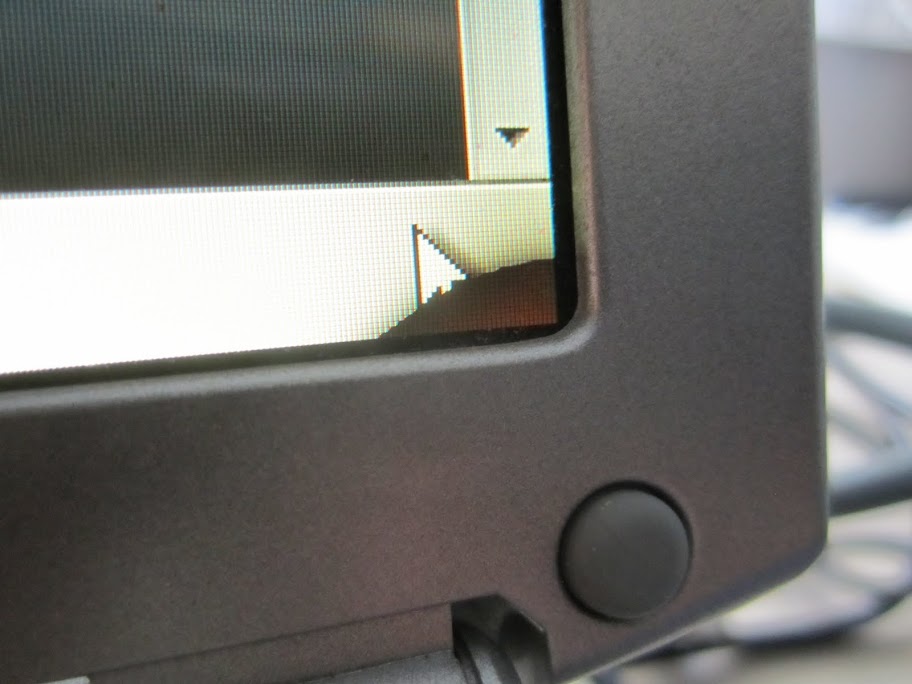 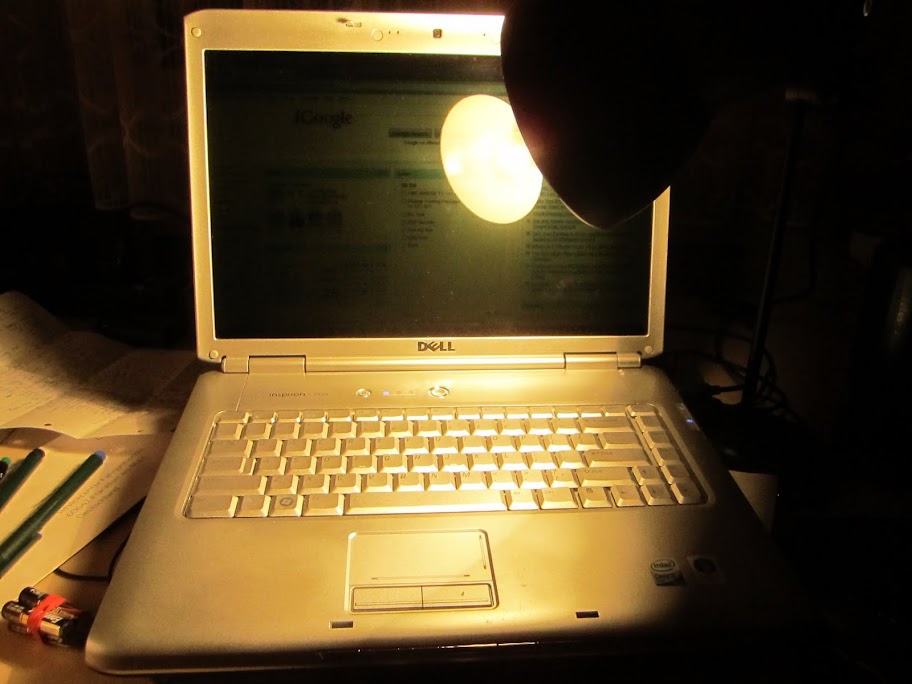 The first problem tends to lead to the second one.  The CCFL tube burns out and leaves a dim display.

In general, if one experiences at least one of the problems above, there is a clear hardware issue.  Some exceptions are when one has turned the brightness all the way down, but this usually isn’t the case for people.

If one simply sees a dim display, it is due to either the CCFL tube or the Inverter.  It is not possible to to determine which part is the culprit without opening up the laptop.  Refer to instructions specific to the laptop in question to open up the screen assembly.  During disassembly, take note of what screws go where.  Different sized screws get used for different places and it is very easy to forget which ones go where. 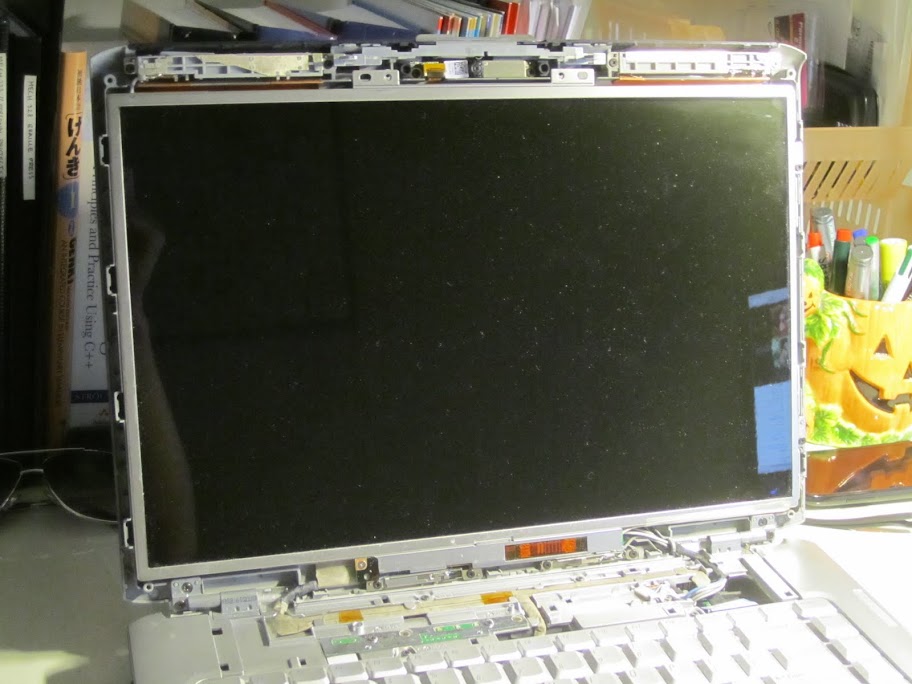 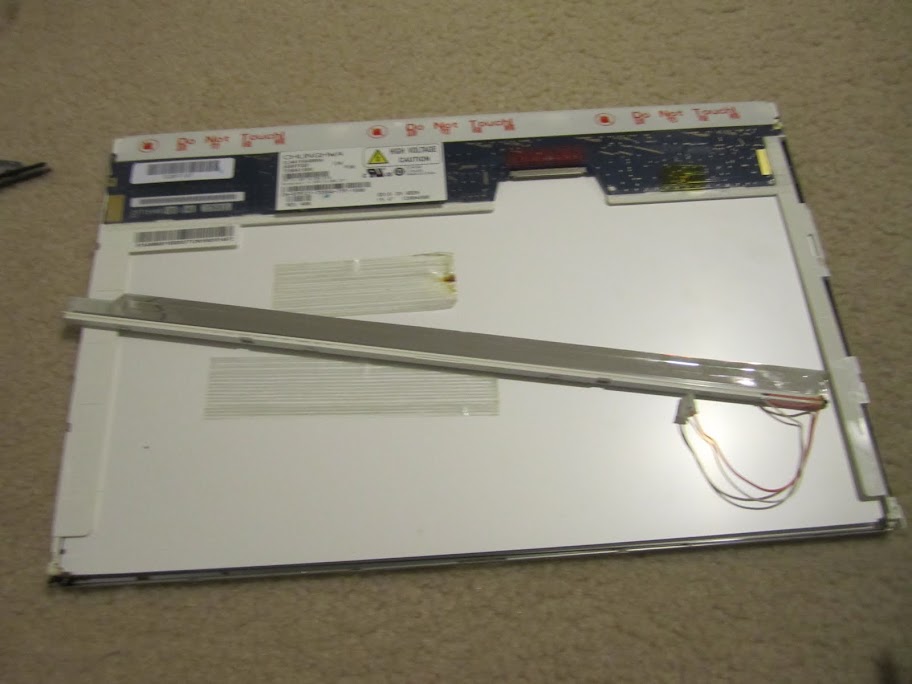 Finding the CCFL Tube on the laptop is a lot more involved than finding the Inverter.  It involves opening the LCD panel (see this website for instructions for a Dell Inspiron 1520).  Visual inspection of this part can sometimes show clear signs of damage.  Burn marks should be apparent. 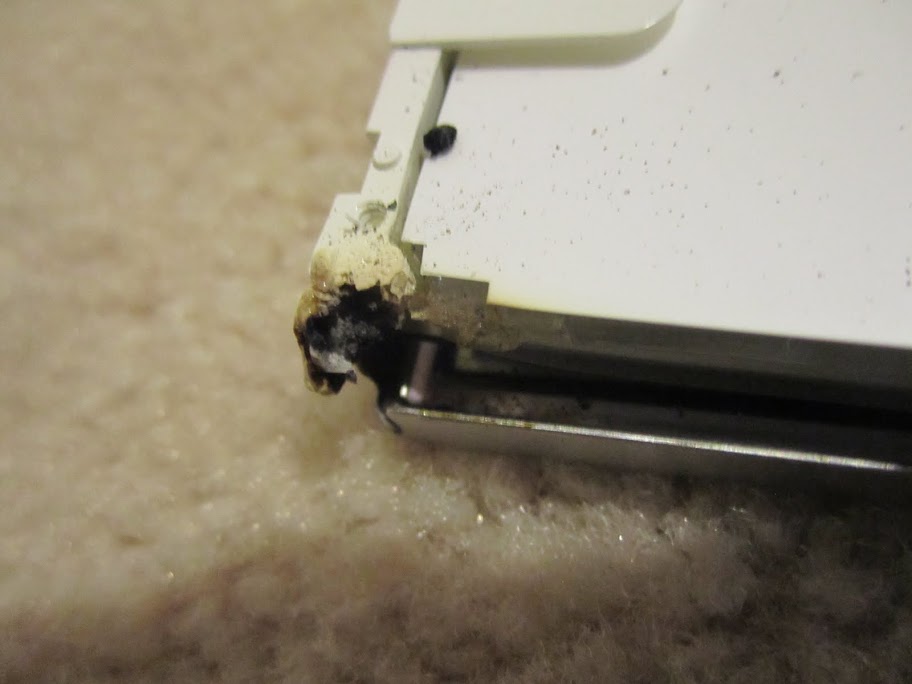 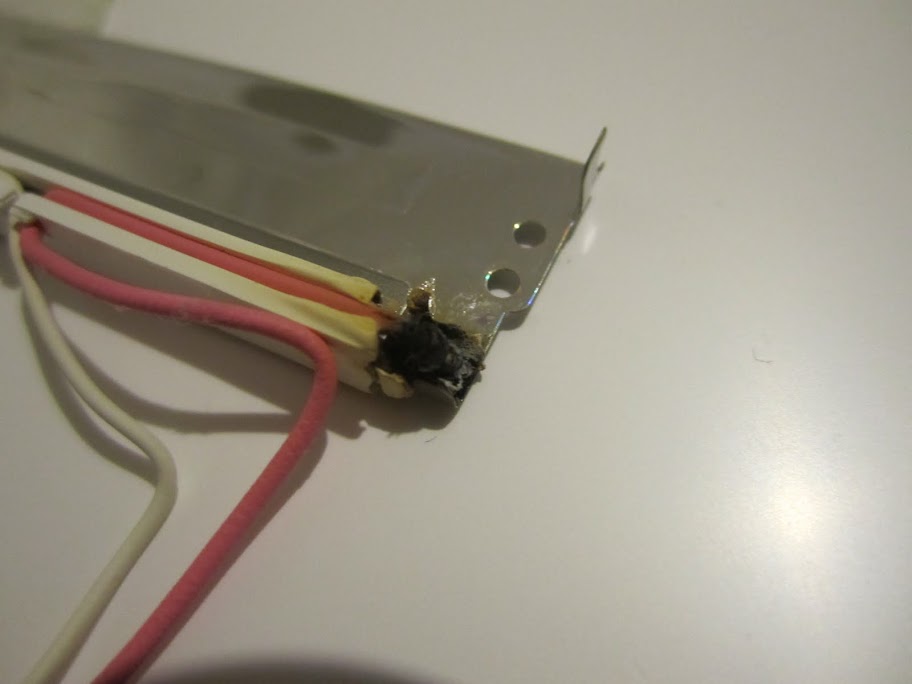 If burn marks are not apparent, then the cause is likely due to the Inverter.  One can also test the CCFL Tube, by turning on the computer with everything still plugged in (but disassembled).  If the CCFL Tube lights up, then there is nothing wrong with the CCFL Tube. 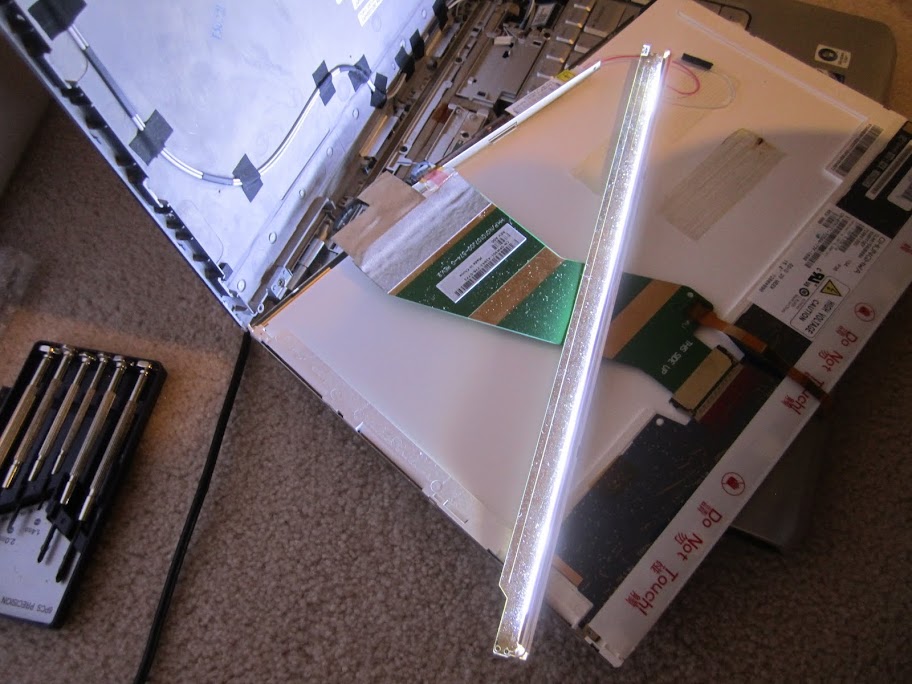 It isn’t possible to test this part directly without the proper tools (see this website).  However, if one has a dim display but has checked whether the CCFL works, one can be more certain that the Inverter is the culprit by process of elimination. 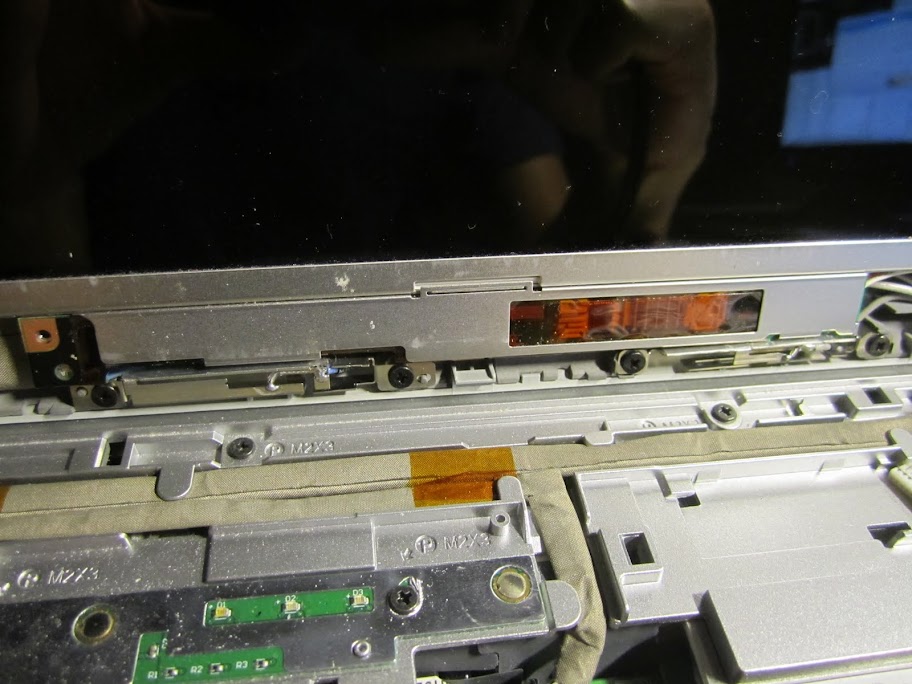 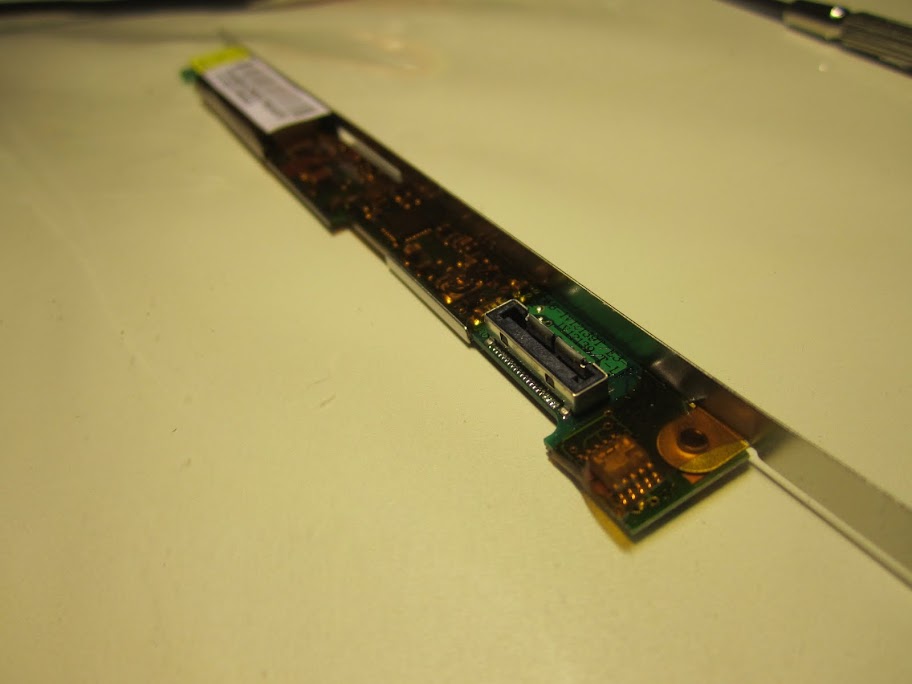 The Inverter is the part in orange in the top photo.  The bottom picture shows the Inverter by itself.

Once the cause has been determined, the next step is to replace the part.  However, one has a choice:

One source for parts is Ebay, but it might take around three weeks for the part to arrive.  This is cheaper than the $300 that Dell charges for shipping the laptop, buying the components and the labour.  Replacing these parts is an involved process will take at least one hour.

Here are some things to watch out for when replacing the CCFL Tube:\

After replacing the parts, turn on the computer again and the screen should be bright again.

[1] How I took apart and repaired my notebook LCD screen with water damage: http://www.laptoprepair101.com/laptop/2007/02/03/repair-notebook-lcd-screen/